South Asia has more than a quarter of the world’s off-the-grid population — roughly 255 million people (2016). The economic costs of power distortions is estimated at 4-7 % of the region’s GDP. Even as South Asia is improving access to electricity, demand for power is expected to double in this decade.

With a growing energy demand and increasing emphasis on sustainable energy, enhanced regional cooperation is critical to boost energy security and overall climate-resilience in South Asia. Cross-border cooperation and interconnected power grids can lower energy costs, improve reliability, and reduce carbon emissions at lower-cost, while increasing the share of and synergies among clean energy resources, particularly hydro, wind and solar.

The South Asia Roadmap for the World Bank’s Climate Change Action Plan (2021-25) emphasizes regional cooperation to decarbonize energy production, and regional markets to optimize power resources and scale the role of renewable energy in cleaner energy trade. These efforts dovetail with the recent Green Grids Initiative-One Sun One World One Grid launched on the sidelines of the COP26, to connect energy grids across borders and facilitate a faster transition to renewable energy use.

Our 9th #OneSouthAsia Conversation on Regional Power Trade: Toward a Green, Clean, and Energy-Secure South Asia will bring together leading voices from the region to explore collaborative pathways for developing sustainable, accessible, and reliable power systems in the region and the challenges it incurs.

Use the following timestamps to navigate different sections of the video.

"There is a need for a common understanding and political will among South Asian countries of regional energy trade. We also need commercial rules to govern this market as well as technical rules to enable reliable operations and cross-border investments. There has never been a better time to act than now."

“Investments in hydropower are very important to Bhutan. We are looking to our bilateral trade with India, and also looking to expand to regional trade with Bangladesh, Sri Lanka, and anyone else who is looking to purchase power.”

“There is a market for renewables in South Asia. Hydropower can be bundled with solar power, and round-the-clock power. This will bring the cost of electricity down in the future. Demand for power is increasing and there is a need to meet renewables targets for each country."

"Energy transition is not a single-country approach, we are past that. The next era should look into cross-border energy exchanges, which are a little bit more complicated because they involve borders, diplomacy, and geographies."

“Bangladesh has a goal of reducing emissions between 7 to 15% and adding 1 to 4 gigawatts of renewable power by 2030. We believe that cross-border trade will be instrumental in achieving those goals because of the relatively greater renewable resource which exists in the neighboring countries.”

Read the chat below WB Report | How Much Could South Asia Benefit from Regional Electricity Cooperation and Trade?

What do you think of our #OneSouthAsia Conversations? Have a regional topic in mind?

Tell us what you think. Click here or scan this QR code! 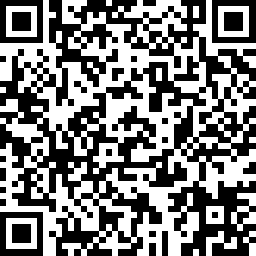