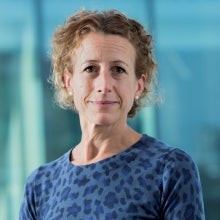 Lucy Heintz is head of Africa for the Energy team, a role she has held since March 2017. She has overall responsibility for the Actis Energy team’s activities in Africa and is Investment Manager of Lekela and Aela, two of Actis’ renewable energy platforms in its third energy fund. She also has responsibility for New Technologies globally, as well as Responsible Investment for Energy, working closely with the Actis Responsible Investment team to coordinate activities and impact across the energy portfolio. She sits on Actis’ Risk and Remuneration Committees.

Prior to becoming head of Africa, Ms. Heintz was responsible for Actis’ renewable generation activity globally, a role she held between 2011 and 2017. She joined Actis’ predecessor organization, CDC, in 2001 and was a founding member of Globeleq, the sole platform company of Actis’ first energy fund. Before joining CDC, she worked at UBS Warburg from 1994 to 1999 as a Director in the fixed income division, latterly trading emerging market local currency bonds and interest rate derivatives in the South African, Czech and Greek markets. Ms. Heintz holds an MA (Hons) degree in Politics, Philosophy and Economics (PPE) from Trinity College, Oxford and an MBA degree (with distinction) from INSEAD.