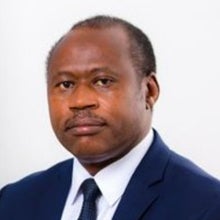 Minister of Finance and Economic Planning, Rwanda
Featured on: October 15, 2022

Before joining the MINECOFIN, Dr. Ndagijimana was the Permanent Secretary of the Ministry of Health, Republic of Rwanda from May 2011 to July 2014. He also served in different leadership positions as the Vice Rector of the National University of Rwanda from (2007-2011) and as the Rector of School of Finance and Banking in Kigali, Rwanda (2002-2007).

Dr. Ndagijimana is an Economist, holding a PhD in Economics (1998) from the University of Warsaw and a MSc. Economics, with specialization in International Trade from Warsaw School of Economics (1992). He started his career as a Lecturer at the National University of Rwanda in 1999, Faculty of Economics, Social Sciences, and Management, before he moved to leadership positions in the Government of Rwanda from 2002. He is an author of papers in national and international journals. He speaks Kinyarwanda, French, English, Swahili, Polish, and basic Portuguese.

Dr. Ndagijimana has also served on various Boards and Councils, including:

@undagijimana
Receive updates about upcoming events!
Past Events featuring Uzziel Ndagijimana
State of the Africa Region: Opportunities in a Turbulent Time
Debt: Challenges Ahead
The SDGs and Big Data
Digital Economy for Africa