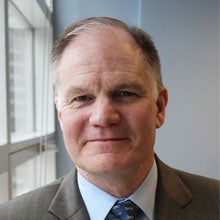 William F. Maloney is Chief Economist for Equitable Growth, Finance and Institutions in the World Bank Group.  Previously he was Chief Economist for Trade and Competitiveness and Global Lead on Innovation and Productivity.  Prior to the Bank, he was a Professor of Economics at the University of Illinois, Urbana-Champaign (1990-1997) and then joined, working as Lead Economist in the Office of the Chief Economist for Latin America until 2009.  From 2009 to 2014, he was Lead Economist in the Development Economics Research Group. From 2011 to 2014 he was Visiting Professor at the University of the Andes and worked closely with the Colombian government on innovation and firm upgrading issues.

He has published in academic journals on issues related to international trade and finance, developing country labor markets, and innovation and growth as well as several flagship publications of the Latin American division of the Bank, including Informality: Exit and Exclusion;  Natural Resources: Neither Curse nor Destiny and Lessons from NAFTA, Does What you Export Matter: In Search of Empirical Guidance for Industrial Policy. Most recently, he published The innovation paradox: Developing Country Capabilities the Unrealized Potential of Technological Catch-Up and Harvesting Prosperity: Technology and Productivity Growth in Agriculture as part of the World Bank Productivity Project.