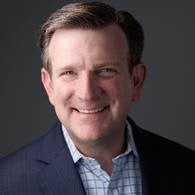 In his role, Kramer leads Bright Horizons global growth strategy including oversight of current and prospective client partnerships in the US and internationally.  In addition, he manages the operations of Bright Horizons’ emerging services including Back Up Care Advantage (BUCA), EdAssist, College Coach and International (UK, Ireland, Netherlands and India).  Finally, he oversees critical corporate functions including marketing, information technology, and corporate development.

After joining Bright Horizons in 2006 through the acquisition of College Coach, a company Kramer co-founded and led, he served as Managing Director, Europe based in the UK through 2009. Following his tenure as Managing Director, he served as Senior Vice President, Strategic Growth & Global Operations for four years through December 2013 and Chief Development Officer until December 2015.

Previously he was an Associate at Fidelity Ventures, the venture capital arm of Fidelity Investments and a Consultant with Arthur D. Little. Kramer received a B.S. from Babson College and an MBA from Harvard Business School. He serves on the boards of the Bright Horizons Foundation for Children and Building Excellent Schools.