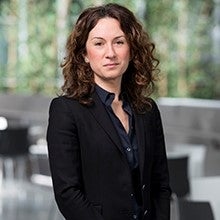 Her responsibilities include management of the Bank Group’s regional offices and strategic presence in the United States, Canada, Australia, New Zealand, Israel, Europe and Japan as well as engagement with the G7, G20 and the OECD.

Sheila serves on the World Bank Group’s senior leadership group and advises the President and CEOs on strategic communications and stakeholder engagement decisions.

She is a Board Member and Treasurer for the World Bank Community Connections Fund, the nonprofit that oversees the World Bank Group's workplace giving and matching program. Over the past 15 years the program generated over $39 million for charitable organizations in the Washington D.C. metropolitan region and around the world.

Sheila joined the World Bank Group from Unilever, where she was Global Vice President for Sustainability Policy and Advocacy. She worked alongside Unilever's CEO managing engagement with industry platforms, international organizations, multilaterals and CSOs. She also oversaw Unilever’s external affairs offices in Brussels and Washington D.C. as well as the implementation of the Sustainable Living Plan in Unilever’s Europe region.

Before joining Unilever in 2013, Sheila worked for Weber Shandwick, the global public relations agency, initially in government affairs in the U.K. and in Brussels as head of international affairs. As part of a wider effort to expand the company’s engagement strategies for purpose-driven brands and non-profit organizations Sheila was appointed head of Weber Shandwick’s Social Impact practice in the EMEA Region. She began her career working at the United Nations and in gender advocacy.