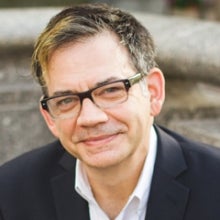 Shawn Westfall is the CEO and founder of Commedia Partners, which provides on-site corporate events that unleash the fun, power and tools of improvisational comedy to help foment creativity, build camaraderie, enhance communication skills, create and cement teams, and allow organizations to re-envision themselves and their people.Read more >

He's also the co-founder and Artistic Director of The Unified Scene Theater in Washington, DC, a brick-and-mortar improv space in the Bloomingdale neighborhood of Washington, DC that privileges improvisational comedy, the art form that, in the last two decades has transformed the comedy terrain globally. Prior to that he was the exclusive teacher of improvisational comedy at the DC Improv for more than 12 years, where he taught classes in beginning improv, advanced short-form and long-form improv, as well as improv workshops focusing on character, long form, and non-traditional improv techniques. His classes (and the numerous performances they’ve generated) have been featured in the pages of The Washington Post, The Washington Post Express, Washingtonian magazine, as well on Washington Post Radio, DC 101, WTOP Radio, Mix 107.3’s “The Jack Diamond Morning Show,” on The Food Network’s “Dinner: Impossible!,” the popular show “BroadMinded” on SirisusXMRadio’s Stars channel, as well as on such local media outlets as K Street Kate’s video weblog, and other local blogs, including WeLoveDC.com, among many others.