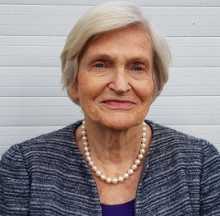 Prof Sally Grantham-McGregor has run many projects in low and middle income countries (LMIC) involving child nutrition and development and supervised many PhD/MSc students from LMICs. Prof Grantham-McGregor established a research group at the University of the West Indies which investigated the effects of malnutrition and deprivation on child development. The group designed low cost, feasible interventions and showed that a home visiting program in early childhood had sustained cognitive, educational, mental health and economic benefits up to 22 years of age. The group also ran trials on the effects of school feeding and deworming programs on the children’s cognition and school achievement.

After moving to the Institute of Child Health, Prof Grantham-McGregor helped establish a similar child development research group at icddr,b in Bangladesh. The group has conducted many trials of psychosocial stimulation and different types of nutritional supplementation with disadvantaged children. The group also showed that poor children show deficits in cognition compared to better off families that are apparent from age 7 months and increase through to 6 years.

At the University of West Indies Prof Grantham-McGregor continues to collaborate with the Jamaican group now run by S Walker. They are currently running a 30 year follow up of the children who participated in an early childhood intervention, and are following the second generation of children born to the participants. The intervention used in these studies has recently been developed into a web package “Reach-Up” including all materials necessary to run a programme. The group tested the package in trials in Zimbabwe, Brazil, Guatemala and China. Trials have now been in 15 countries and it is being developed into national programs in Peru, China, Jamaica, and Bangladesh.

At the Institute of Fiscal Studies (IFS), London and Yale University, Prof Grantham-McGregor is collaborating with O Attanasio and C Meghir in two trials in India that concern early child development interventions. They are comparing different approaches to going to scale with the intervention. They have also researched how to measure child development and examined the validity of tests currently being used.

Prof Grantham-McGregor is also collaborating with J Hamadani at icddr,b Bangladesh, taking to scale an early child development (ECD) intervention by integrating into health services. Recently they assessed the harm done to families by the COVID-19 lockdown.