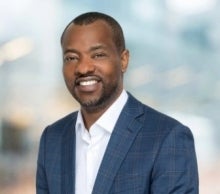 Dr. Paulin Basinga is the Director of Health for Africa at the Bill & Melinda Gates Foundation. Dr. Paulin Basinga serves as the foundation’s director of health for Africa, where he leads a growing team in the development and execution of the country plan to fulfill the foundation’s programmatic priorities in Africa. This work involves complex coordination across the foundation’s divisions and programs. As such, he also acts as the principal Africa liaison with key program leads and program strategy teams in Seattle.

Paulin joined the foundation in 2012 as a senior program officer on the HIV team (under the Global Health division). He worked on the HIV Efficiency and Effectiveness Initiative, where he led the development and execution of strategies to make the foundation’s HIV investments more efficient and effective. In June 2013, he joined the newly formed Integrated Delivery team as a senior program officer, developing and managing a portfolio of investments in community and child health. In 2015, he went for a year-long secondment to the Ministry of Health in Rwanda. Working with Rwanda Biomedical Center, where he supported efforts to maximize data use for decision making and developing the Rwanda Health sustainability plan. Upon returning to Seattle, he served as deputy director in the Integrated Delivery team’s Country Primary Healthcare Initiative. The initiative focused on integrating primary health care to provide treatment, prevention, and other essential services in Ethiopia and Nigeria (mainly in the states of Kaduna and Niger). He served as Nigeria Country Director before his new post as Director, Health, Africa.

Prior to joining the foundation, Paulin served as deputy director in charge of Research and Consultancies at the National University of Rwanda’s School of Public Health. There, he spent years designing, implementing and evaluating public health interventions for HIV, TB, and maternal and child health. He also led research into ways to strengthen Rwanda’s health systems.

Paulin completed his medical degree at the National University of Rwanda and holds a master’s degree and PhD in international development from Tulane University in the United States.