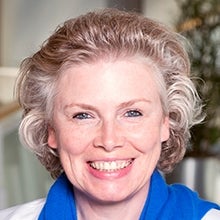 The Integrity Vice Presidency (INT) contributes to the World Bank’s core mission of promoting development and reducing poverty by ensuring that funds are used for their intended purposes. As the head of INT, Ms. Dubois manages investigations and pursues sanctions in connection with allegations of fraud and corruption on World Bank Group-financed projects, as well as allegations of significant fraud or corruption involving World Bank Group Staff. INT also supports the operational units of the World Bank Group by mitigating fraud and corruption risks through sharing investigative findings, advising on prevention measures and outreach.

Ms. Dubois is a Senior Advisor to the American Bar Association Section of International Law’s Anti-Corruption Committee, having earlier served as Co-Chair for three years, and is now Co-Chair of the International Bar Association’s Anti-Corruption Committee. She is a Certified Fraud Examiner (CFE). Since 2009, she has been an Adjunct Professor at Georgetown University Law Center, where she teaches a course on international anti-corruption. She speaks and publishes regularly on the World Bank’s efforts and other topics in international anti-corruption.