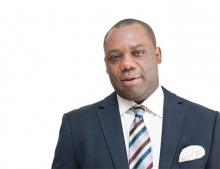 Minister of Education of Ghana

Hon. Dr. Matthew Opoku Prempeh, a Medical Doctor by profession, is the current Ghana’s Minister of Education and the Member of Parliament for Manhyia South Constituency.

Hon. Dr. Matthew Opoku Prempeh, a Medical Doctor by profession, is the current Ghana’s Minister of Education and the Member of Parliament for Manhyia South Constituency.

He became a medical officer at Komfo Anokye Teaching Hospital from 1995 to 1997 after KNUST but left in 1998 to pursue his Master’s degree in Clinical Epidemiology in the Netherlands Institute of Health Sciences. He joined the National Health Service, United Kingdom as Senior Health Officer in 1999 until he left in 2003. Whilst in the United Kingdom, he became a member of the Royal College of Physicians and Surgeons of the United Kingdom in 2002.

Dr. Prempeh became the Executive Chairman of Keyedmap Services Limited, Ghana, a private Security Firm in 2003 but resigned in 2009 after he joined the political race in Ghana in 2008 where he contested and won his first election to Parliament on the ticket of the New Patriotic Party to represent Manhyia Constituency in Kumasi, Ashanti Region.
In 2012, the total number of constituencies was increased from 230 to 275 prior to the general election. Manhyia South Constituency was thus created and Dr. Prempeh was elected to represent the constituency in Parliament. In 2016, he was re-elected with 86.17% of the votes cast in the constituency.
He has served on several Parliamentary Committees such as Health, Appointments, Special Budget, and Environment, Science, Technology and Innovation.

He was sworn as the Education Minister of Ghana in January 2017 by the President of the Republic, Nana Addo Dankwa Akuffo Addo. In May 2017, Dr. Opoku Prempeh was named by the President as a member of his Cabinet.