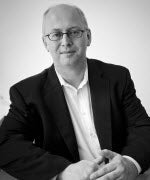 Matthew Bishop is the Globalisation Editor of The Economist. Mr. Bishop was previously the magazine's US Business Editor and New York Bureau Chief. Prior to that he was the London-based Business Editor.

Matthew Bishop is the Globalisation Editor of The Economist. Mr. Bishop was previously the magazine's US Business Editor and New York Bureau Chief. Prior to that he was the London-based Business Editor.

He is the author of several books, including most recently an e-book, “In Gold We Trust? The Future of Money in an Age of Uncertainty”, with Michael Green. “The Road from Ruin” (also with Green), about how to improve capitalism following the crash of 2008 and subsequent economic downturn, was published in 2010. It was described as "provocative and refreshing" by the New York Times. According to Professor Robert Shiller of Yale, “The Road from Ruin” will be "remembered as a serious, highly readable book of the broadest intellectual scope. Its insights will help all of us reshape the future and enable both citizen and policy maker alike to separate real reform from the grandstanding bluster so prevalent today."

“Philanthrocapitalism: How Giving Can Save the World”, his previous book (also with Green), on the new movement that brings together the business and social sectors to solve some of the world's most pressing problems, has been described as "terrific" by The New York Times columnist Nicholas Kristof, and as "the definitive guide to a new generation of philanthropists who understand innovation and risk-taking, and who will play a crucial part in solving the biggest problems facing the world," by New York's Mayor and leading philanthropist Michael Bloomberg. According to former U.S President Bill Clinton, "This is an important book. Our interdependent world is too unequal, unstable, and, because of climate change, unsustainable. We have to transform it into one of shared responsibilities, shared opportunities, and a shared sense of community. Bishop and Green show us how to do it." Mr Bishop is also the author of “Essential Economics”, the official Economist guide to economics.

Mr. Bishop is the author of several of The Economist's special report supplements, including most recently The Great Mismatch, about the future of jobs; A Bigger World, which examines the opportunities and challenges of the rise of emerging economies and firms; The Business of Giving, which looks at the industrial revolution taking place in philanthropy; Kings of Capitalism, which anticipated and analyzed the boom in private equity; and Capitalism and its Troubles, an examination of the impact of problems such as the collapse of Enron. He is a member of the World Economic Forum's Global Agenda Council on the Role of Business. He is on Twitter as @mattbish.