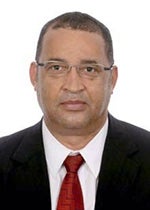 Since joining the World Bank Group, Mr. McCarthy has spearheaded significant operational and organizational changes within INT that have increased its capacity to address fraud and corruption in a more concerted manner. Under his leadership, INT focuses on promoting creative solutions in investigations, integrity due-diligence, litigation, forensic audits and settlements, to solidify the lending environment and provide assurance to World Bank shareholders.

Previously, Mr. McCarthy held the position of Director of Public Prosecutions in South Africa, to which he was appointed by then President, Nelson Mandela.
He is a lawyer by profession and holds the following degrees: Baccalaureus Artium (BA), Bachelor of Law (B.Juris), and LLB (Bachelor of Laws).