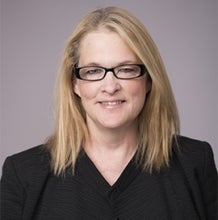 Senior Advisor in the Office of the US Executive Director, World Bank Group
Date of most recent appearance: January 11, 2018