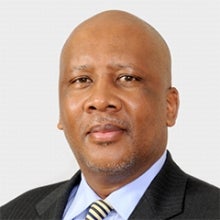 King of the Kingdom of Lesotho
Latest or upcoming appearance: April 11, 2019

His Majesty King Letsie III is the first son of the late King Moshoeshoe II and Queen ’M‘amohato Seeiso.  He was born Prince Mohato Bereng Seeiso at Scott Hospital in Morija on 17th July, 1963 and was christened David in the Roman Catholic Church.

His Majesty King Letsie III is the first son of the late King Moshoeshoe II and Queen ’M‘amohato Seeiso.  He was born Prince Mohato Bereng Seeiso at Scott Hospital in Morija on 17th July, 1963 and was christened David in the Roman Catholic Church.

In 1980 the Prince enrolled at the National University of Lesotho and in 1984 completed a Bachelor’s Degree in Law.

Between 1984 and 1986, he completed a Diploma in English Legal Studies with the University of Bristol in the United Kingdom.  Prince Mohato Seeiso then proceeded to the University of Cambridge where he studied Development Studies, completing in 1989.  Thereafter, he enrolled for Agricultural Economics at Wye College of the University of London.

During the school holidays, Prince Mohato spent the time working at the cattle posts and fields under the supervision of his uncle, Chief Masupha Seeiso, then Principal Chief of Matsieng.

Prince Mohato  was  sworn  into  office  of  King  on 12 November 1990 under  the new office of the King Order No. 14 of 1990 and assumed the title of  Letsie III after Letsie I, the eldest son of Morena Moshoeshoe, founder of the Basotho nation.

Following a brief abdication in favour of his  father, he was reinstated on 31st October, 1997.

His Majesty is a constitutional monarch and serves as the Head of State of the Kingdom of Lesotho.  Apart from performing representational duties, His Majesty is a symbol of national unity and stability.

In January 2014, His Majesty King Letsie III, was appointed by the Assembly of African Heads of State to be the African Nutrition Champion for a two year period.  The term of His Majesty with the African Union was extended in 2016 to 2019.  In addition, His Majesty was appointed in December 2016 to be the Special Ambassador for Nutrition of the Food and Agricultural Organisation (FAO) of the United Nations. With his extensive knowledge, experience and dedication to public service, King Letsie III has committed to firmly place Nutrition and Food Security on the continental and global agenda and encourages increased investments to ensure that malnutrition issues are fully addressed and eliminated.

In August 2018, His Majesty was appointed by the World Bank to be a Champion for the Human Capital Project of the Bank.  Upon assuming the responsibility, His Majesty joined a group of eminent persons that serve in the same capacity.