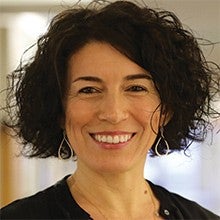 Director, Development Economics and Chief Economist. Co-author of the WDR2019

Federica is Director of the World Development Report 2019. Prior to this position, she was a manager in the Development Economics Global Indicators Group. In that role, she was responsible for developing global programs with a focus on policies and regulations across several thematic areas, including agriculture and agribusiness, skills, information and communication technology, public procurement and PPPs.

Under her leadership, nine World Bank global reports have been published since 2014, including the Enabling the Business of Agriculture (2015, 2016, and 2017), Benchmarking Public procurement (2015, 2016, and 2017) and Procuring Infrastructure PPPs (2015, 2017, and 2018). She has published in peer-reviewed journals, including studies on firm productivity, global value chains, and the impact of regulation on growth and competition. She has also contributed to many World Bank reports, including the Environment for Women’s Entrepreneurship in the Middle East and North Africa Region; Golden Growth: Restoring the Luster of the European Economic Model; the Jobs Study - Assessing Private Sector Contributions to Job Creation and Poverty Reduction; and the Turkey Investment Climate Assessment: from Crisis to Private Sector Led Growth. She holds a PhD in Economics and a Laurea in Political Science from the University of Rome, la Sapienza.