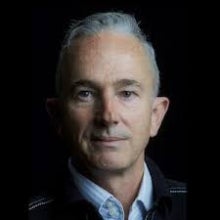 Crispian Olver is the Executive Director of the Presidential Climate Commission, responsible for running the Secretariat of the PCC and its various policy and research programmes.Read more

Crispian Olver is the Executive Director of the Presidential Climate Commission, responsible for running the Secretariat of the PCC and its various policy and research programmes. He has served in the South African government in various capacities, including as Director General of the Department of Environmental Affairs and Tourism (1999 – 2005), in which position he crafted much of the climate policy and environmental legislation, as well as leading South Africa’s hosting of the World Summit on Sustainable Development (2002). Crispian has a deep interest in local governance issues, starting with his work on community land, housing and development issues in the 1980s, his work as Deputy Director General in the Department of Constitutional Development, and subsequently as an author exploring the mechanics by which regimes are governed and the way in which good governance can be eroded. His first book titled ‘How to Steal a City’ (2017) documented patronage based systems in Nelson Mandela Bay and how the metro was captured by factional interests. His subsequent book, ‘A House Divided’, published in October 2019, documented the nature of the relationship between the City of Cape Town and landed property interests, and how this fueled a factional split in the DA. Crispian is a medical doctor by training and holds BSc (Med) (1983), Psychology Honors (1984) and MBChB (1988) degrees from UCT. He is completing a PhD at WITS Politics Department, and is a research fellow at the Public Affairs Research Institute.