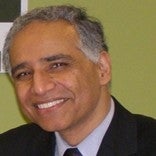 In his career at the World Bank, he has worked on both research and operations in Eastern Europe, Central Asia, Africa and the Middle East – on a variety of issues relating to employment and labor markets, social protection systems, social sector reforms, poverty reduction, institutions, public sector reform and governance, economic growth strategies and evaluation of programs.

He is a principal author of books including the forthcoming Working through the Crisis on labor market policy responses during the 2009-2011 crises; From Red to Gray on aging populations in Eastern Europe and the former Soviet Union; Enhancing Job Opportunities in Eastern Europe and the former Soviet Union; World Development Report 2002 on the role of institutions in global economic development; Better Governance for Development in the Middle East and North Africa; World Development Report 1995 on labor markets; and numerous other refereed journal articles and discussion papers. Most recently, he authored Resilience, Equity and Opportunity, the World Bank's 2012-2022 strategy on social protection and labor issues, and oversaw the World Bank's World Development Report 2013 on jobs.