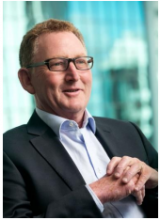 Adrian Orr is the Chief Executive Officer of the Guardians of New Zealand Superannuation, the Crown entity that manages the New Zealand Superannuation Fund. Adrian was appointed CEO in 2007. Alongside his role as CEO, Adrian is Chair of the International Forum of Sovereign Wealth Funds (IFSWF) and Chair of the Pacific Pension and Investment Institute (PPI). He is a Member of the Focusing Capital on the Long-term initiative led by the Canadian Pension Plan and McKinseys, as well as of the Inclusive Capitalism initiative led by the Rothschild Foundation. These global initiatives are aimed at improving the role of capitalism and capital markets in wider environmental, social and cultural outcomes.