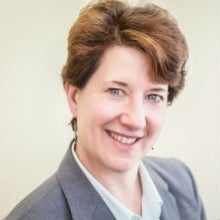 Deborah Wetzel, a U.S. national with more than 25 years of experience in development work around the world, is the World Bank Senior Director for Governance since April 4, 2016.

Deborah Wetzel, a U.S. national with more than 25 years of experience in development work around the world, is the World Bank Senior Director for Governance since April 4, 2016.

Ms. Wetzel was previously Director of Strategy and Operations for the Middle East and North Africa Region and prior to that served as Country Director for Brazil, from March 2012 until July 2015. Ms. Wetzel was the World Bank Group’s Chief of Staff to the World Bank President from 2010 to 2012. She has also served as Director for Governance and Public Sector, directing the Bank's work on taxation, public expenditures, decentralization, public sector reform and strengthening, governance and anti-corruption.

From 2006 to 2009, she led the World Bank’s Economic and Public Sector Programs in Brazil, based in Brasilia. During that period she developed numerous programs with state and federal governments to help improve the effectiveness of public expenditures and achieve better results.

Ms. Wetzel began her career at the World Bank in 1986 as a Consultant, joining the Young Professionals Program in 1993. She also worked at the Centre for the Study of African Economies in Oxford England in the early 1990s. During her career, she has worked in Central and Eastern Europe, Ghana, Hungary, Ukraine, Vietnam, Russia, the former Soviet Republics, West Africa and Zambia.

Ms. Wetzel has a Doctorate in Economics from the University of Oxford and a Masters in International Studies from Johns Hopkins University, School of Advanced International Studies. Her BA is from Smith College. She is the author of publications on fiscal decentralization, public finance, governance, and sub-national affairs.